Zero to Hero in One Pick 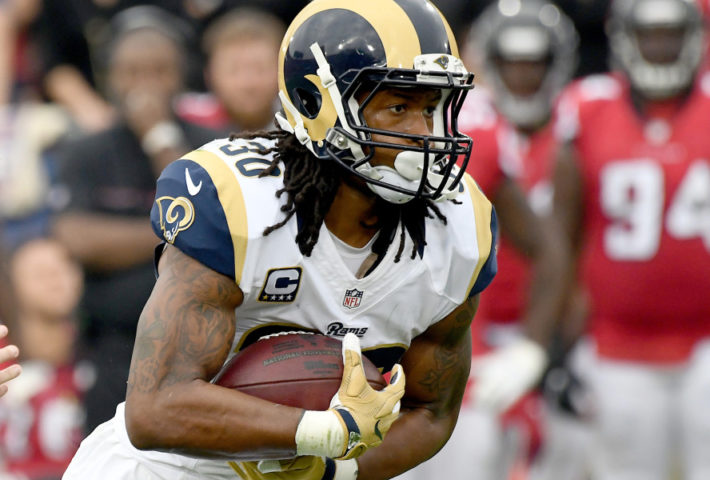 The zero-RB strategy has been gaining ground the past few years. The thought is that with so many teams utilizing a RB-by-committee approach there are a lot of equally valuable RBs available late in the draft and even more that emerge over the course of the season, so it’s better to load up at WR and other positions before taking RBs. But we disagree. WR seems as deep as ever and because there are so many equally valuable RBs, the standout RBs – the ones that aren’t in a RB-by-committee situation – become even more valuable.

Beyond that, we don’t like any pre-determined strategy! How many times have you been in a draft and decided you were going to go WR-WR or RB-WR then the player you wanted is taken right before you, forcing you to change your plan completely? It’s far better to stay flexible during your draft and take the value that is presented to you. Which, by the way, could mean going zero-RB if that’s the way it unfolds. We just wouldn’t go out of our way to target that approach.

So what’s the opposite of the zero-RB strategy? It’s the hero-RB strategy! Obviously, if you have a top two or three pick you can feel confident foregoing the zero-RB strategy, but let’s look at the scenario most of us will be in… picking in the middle to late part of the round. What type of player are we looking for? Well, to start we want a RB who gets the bulk of his team’s carries, the team should run a fair amount, and the RB should be projected to be reasonably efficient with his carries. And, if we’re being greedy, the RB should have the potential to finish as a top pick. Finally, of course, the RB should be available when it’s our turn to pick. So taking these things into account, using our 2017 projections, we gave each RB a custom ‘hero-RB’ score. Let’s see the list.

So who’s our hero-RB? Allow me to re-introduce you to Todd Gurley! 1st in projected % of team carries. 3rd in projected rushing attempts. 8th in projected fantasy points. He’s shown top-end talent in the past, is coming off a down year so his ADP is only 17, and he should have improved QB play and a much improved offensive line.

In a league where only seven RBs are projected to get more than 65% of their team’s carries, Gurley fits the bill as a high-opportunity, high-upside RB who you can definitely get with your first pick and might even be able to get with your second pick. This gives you a very real possibility of getting a top WR and a RB with potential to finish as a top pick. We have Gurley ranked at RB9, so we’re not exactly taking a huge leap of faith, but when looking at opportunity and upside, he’s our choice for the player that can take you from zero to hero in one pick!

What does this look like in the draft? Use our patented, matrix cheat sheet with draft pick overlays to see how this could play out with your custom league settings, but here’s an example. 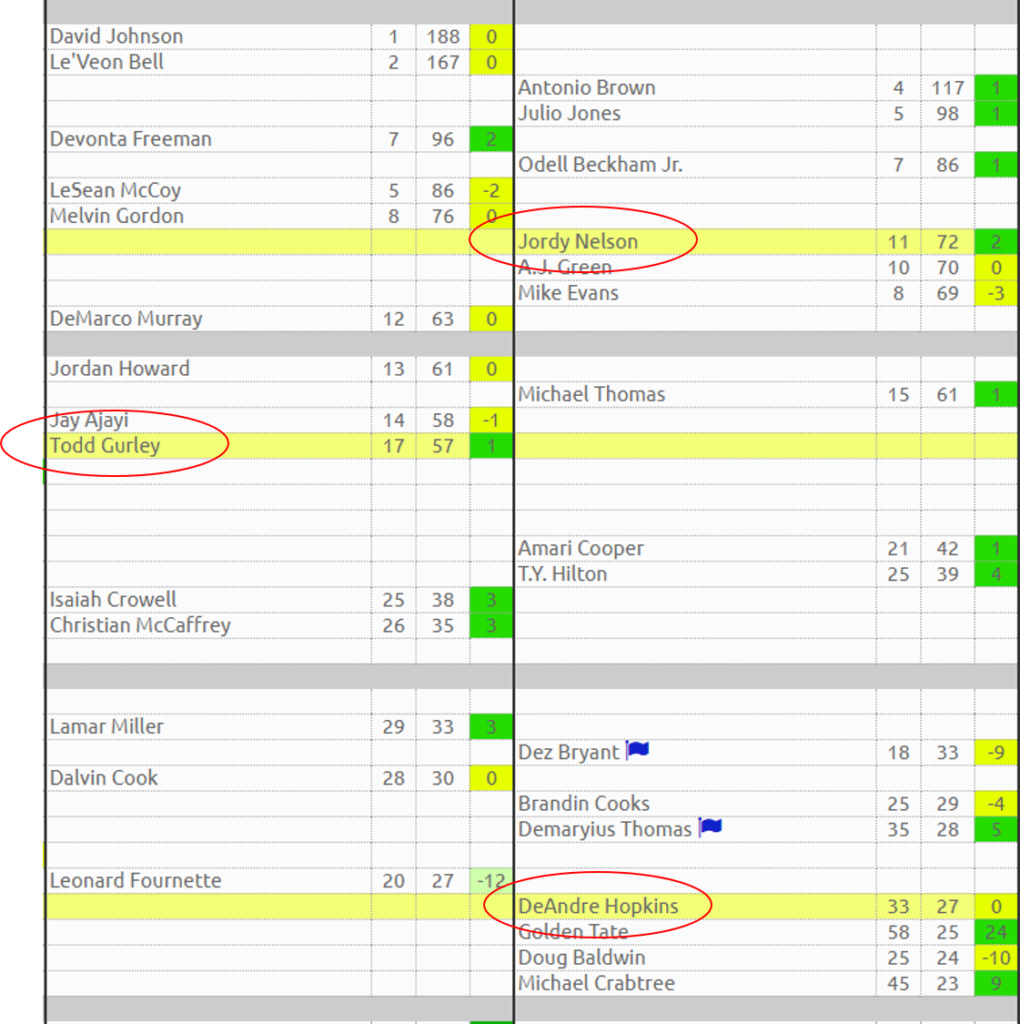 If you’re the 9th pick in a 12-team league, you could go Jordy Nelson, Todd Gurley, DeAndre Hopkins. Even if you take Gurley in the first round, you could come back with two WRs like Amari Cooper and Brandin Cooks. We’ll take those WR options with Gurley’s upside any day.

Try out scenarios for different draft spots by moving the yellow, draft pick overlays around; it only takes one click! Good luck heroes!