Draft a Kicker Where?? 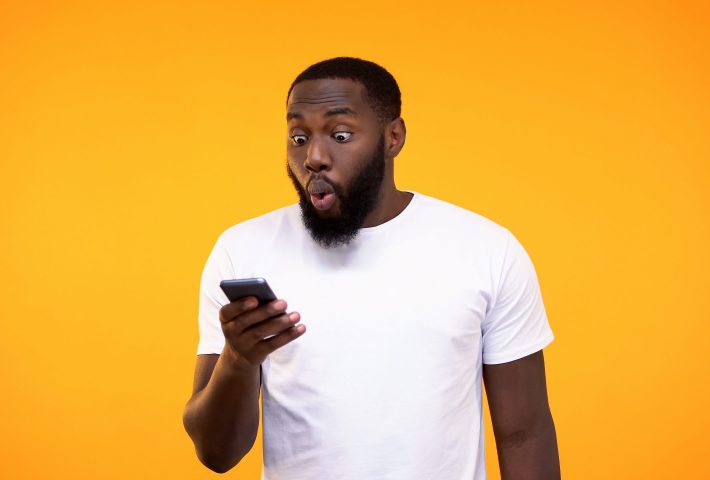 Never draft a defense or kicker until the last two rounds.

This is what people say…

1) Kickers and defenses are too unpredictable…

2) Kickers and defense don’t give you any advantage…

3) There are too many upside players available instead…

Kickers and defenses are too unpredictable…

But that’s ancient history. And Gostkowski was just an outlier anyway, right?

So what have we learned about kickers so far?

– That predictability falls off quickly though…

– If you can’t get a top kicker, you might as well wait.

I know, nothing earth shattering… yet. The second part of the myth is where things really get interesting.

Kickers don’t give you any advantage…

First, we have to understand what ‘advantage’ really means.

Our goal is to score more points than our opponent each week, we know this.

But when we’re drafting, we don’t know what players we’ll be up against each week…

So we have to assume that we’re playing against a team full of the average starters at each position.

– Some weeks we’ll be facing better players, some weeks worse… but over the 16-game season we’re, on average, playing against a team full of the average starters at each position.

If you take away nothing else, make sure you remember this next part!

But if you have the top TE and that TE scores 20 points per week, and tight ends 2 through 12 only score 15 points per week, every week you’re going to have a 5-point advantage over your opponent’s TE.

Obviously not all players are going to score the same as in the WR example, but remember this idea of weekly advantage as we talk more about the value over average concept.

Let’s look at how this concept played out in 2019. We’ll look at how many points the top 12 players at each position scored over the average starter at that position. And we’ll break down how those points contributed to weekly advantage (kind of like win-share or plus/minus in basketball).

QB: No surprise, if you had Lamar Jackson you had a significant weekly advantage over your opponent. And it’s pretty common knowledge that QBs are all pretty comparable through the middle ranks.

RB: Again, no surprise, if you had Christian McCaffrey you had a significant weekly advantage over your opponent. We’re not looking beyond the top 12 today, but you can see toward the end of the list player value already starts to drop off, confirming the need to get a top-tier RB.

WR: Michael Thomas gave you a significant weekly advantage, but you might be surprised to see how little difference there was in players after him.

TE: Big advantage with the top tier of TEs, mostly driven by how bad the bottom tier was. If you had one of the top 5 TEs, every week that you played someone that had a TE ranked from 6 to 12, you had a significant advantage. This is likely true of 2020 also… get yourself a top-half TE!

DEF: Big advantage if you lucked into New England as your top DEF (or if you targeted Pittsburgh like we did). But after those two, the defenses were all pretty comparable.

K: Our top two kickers provided a nice weekly advantage. Doesn’t look that significant, until you see what is next…

When we look at the players who gave you the most weekly advantage in 2019, we see three kickers in the top 24!

Are you paying attention yet?

Does this mean you should go draft Justin Tucker before Derrick Henry and Julio Jones?

No, but should you draft one of the top-three kickers way before the last round? I sure would. (More on this later though.)

Remember our goal is to draft the players that give us the best chance to have a weekly advantage over our opponent, even if that advantage comes from the kicker position.

After seeing this, do you really think you need to draft your third backup wide receiver before getting your kicker?

Why skip a top kicker, who gives you a significant weekly advantage, to get a player who (unless you win the draft lottery) will likely be dropped and, even if kept on your team, will only rarely crack your starting lineup? More on late-round upside picks in a minute though.

Kickers may not have the consistency of the very top RBs, but let’s look at one example…

Justin Tucker was not only more valuable than Derrick Henry and Julio Jones, but more consistent too!

Before we jump into the third part of the myth – there are too many upside players available instead – I want to give you the cliff-notes version of the above analysis for defenses.

1) Defenses, as the myth suggests, indeed are not very predictable…

2) But if you get lucky and get the top ones you can get a significant advantage each week!

3) Regarding upside picks, fantasy football is about making educated guesses… we’ll look at this more next, but guessing the top defense is no harder than guessing who the late-round, upside WR will be.

We’ll look at this a few different ways, looking at 2019 data.

The scatter plot below shows every player in 2019 that was undervalued (drafted later than their end-of-season rank, 55 out of 192 players).

For example, the purple dot in the top right was drafted in the 16th round but finished around 170 spots higher than that!

What jumps out at you when you look at the scatter plot?

1) All those green dots… kickers were among the most undervalued players!

2) Those blue dots… very few upside RBs in the later rounds (confirming RB as the most important position to draft early).

3) Those purple dots… you can get WR upside from many of the late rounds, but there aren’t nearly as many as you’ve probably been led to believe.

This next chart shows the number of undervalued positions drafted in each round.

We again see that there weren’t any undervalued (under-drafted) RBs in the late rounds.

There was at least one undervalued WR in each of the late rounds (but, important note, this chart doesn’t show us how undervalued they were… could’ve been drafted 170 and finished the season 169).

2019 saw an unusually high number of breakout TEs. Wouldn’t count on this again, but those same breakout TEs are now in the top 6 TE rankings for 2020 and should be targeted in drafts.

And guess what, even when being drafted in the 13th rounds, they were still among the most undervalued players!

So what’s our real takeaway with late-round, upside players?

We’re really only concerned with WR sleepers since we know upside RBs aren’t available in later rounds, and, if you read my other content, you won’t be drafting a backup QB or TE, and you’ll be getting a top-half TE in the earlier rounds.

So when we look at all the undervalued players (we’ll say WRs taken 10th round and later count as sleepers) we see 6 WRs who finished the season inside the top 36, meaning they were good enough to routinely crack your starting lineup, but only 3 really made a difference.

So what has to happen for you to get one of those players?

And even then, we know their weekly advantage isn’t likely going to be as high as top kickers or defenses.

How does this make you feel?

Do you still feel like the chance of hitting a late-round WR is worth passing on a top kicker or defense?

Those players were found scattered throughout the late rounds (and we didn’t even talk about undrafted upside players!) so whether you go defense or kicker early or late, same chance to hit on an upside player.

A lot has to go right to hit on one of those upside players.

Our three kickers were drafted “early” in the 13th, 14th, and 15th rounds and still made up 3 of the top 6 most undervalued players…top kickers are the true upside players!

A top defense is more valuable than an upside WR, but you have to make the right guess (just like you have to on late-round WRs). Should you draft two defenses hoping to hit a top one, rather than drafting another backup WR… perhaps.

So now what? Where should I be drafting defenses and kickers?

Your goal is to get the best starting lineup you can. Of course you need depth too, so you have to find the right balance.

Would it be wrong to draft your starting RBs, WRs, TE, QB, then get your K and DEF before you got any bench players? No, but you don’t have to do that.

My patented, matrix cheat sheet visually shows you where the player value tiers are and the average draft position (ADP) of all players.

Using the combination of these things will tell you where the gaps are… these gaps are where you can “reach” to grab your kicker and defense.

Let’s look at an example draft. You started your draft like this:

You’ve now got your starting RBs (and one backup), your starting WRs, and your starting TE. You could go QB here, but we know these late-round QBs are pretty comparable. You can wait a surprisingly long time and still get a good starting QB. So can we “reach” and get a top kicker here?

Look for the value gaps on your cheat sheet. You can see a big gap between Golden Tate and the next chunk of WRs. Unless you really love Golden Tate, you can pass on him and grab a top kicker here. Then you can go back and get one (or two) of those other WRs. We know picking late-round WRs is guesswork… are you really so confident that Golden Tate is going to outperform those other WRs? Probably not. But we are confident that the top kicker is most likely going to give us a significant weekly advantage.

Do you have to take a kicker there? Of course not! We know even the sharpest players aren’t really taking a kicker before the 13th round, so you can grab two WRs here, or a QB and a WR… or, in a true play-to-win move, a K and DEF!

You could even go K, DEF, DEF with your 9th, 10th, and 11th round picks! Then grab your starting QB at 12. And use your 13th, 14th, 15th, and 16th picks to grab more of those sleeper WRs. In that scenario, you grab the top kicker, the top two defenses (giving you a better chance to hit on one, or giving you two strong options to stream each week), and you still get your pick of the late-round WRs while everyone else is filling out their roster with their kicker and defense, their backup QBs and TEs, and RBs that have no chance of actually helping anyone.

A ton of different ways you can go… the point is to make sure you don’t skip on picking a top kicker just because someone said don’t pick one until the end. The key is using the visible player value gaps on the cheat sheet to plan a couple moves ahead, so you’ll know what other players you can wait on and jump up to grab your kicker and defense.