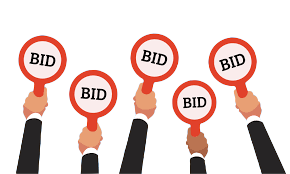 Week 1 of the 2021 NFL season has concluded and it’s time to hit the waivers. Waiver wire pick-ups are essential to maintaining an edge over your opponents all season long. Injuries and poor performances open up opportunities for available players that can impact your team immediately. Every week I will be putting together a list of waiver wire players to pursue that will help you turn your team into a contender and get those much-needed weekly fantasy victories.

Jameis had himself a day against the horrid looking Green Bay Packers racking up 5 TD passes on just 14 completions with no turnovers. Jameis also had 37 rushing yards which only helps his fantasy value. His accuracy seems to be on the rise and we already know about his arm power. Jameis has QB1 upside if he continues to play at the level he showed us this past weekend.

The rookie out of Memphis showed promise in the Eagles blowout win in Atlanta. He has clearly established a role in the offense behind Miles Sanders and in front of Boston Scott. Gainwell had 9 carries for 37 yards and a rushing TD. He also added a couple of receptions for 6 yards. I don’t feel comfortable starting him in fantasy just yet, but his role should only grow, and he is the proper handcuff to Sanders.

Elijah might just be this week’s waiver wire priority. Raheem Mostert got injured and it appears he is out for the season now. Trey Sermon was a healthy scratch, resulting in Mitchell getting 19 rushes for 104 yards and a TD. With Trey Sermon’s uncertainty, Elijah could be in for a nice start to the season and is worth adding and even starting at a FLEX position.

Ingram seems to have established himself as the RB1 in Houston as he went for 85 yards on 26 rushes. Although Lindsay and Johnson both scored, Ingram led the RB’s in snaps, and it’s hard to ignore the workload of 26 rushing attempts.

Shepard had a nice outing Sunday against the Broncos going for 113 receiving yards and a TD. He was targeted 9 times and caught 7 of them. Sterling was the lone bright spot in a dismal looking Giants offense. Although he is surrounded by decent WR options, he stood out as the go-to guy for Daniel Jones and is a viable starter in fantasy.

Agholor was impressive this week catching 5 of his 7 targets for 72 yards and a touchdown. I couldn’t help but notice the chemistry between Agholor and rookie QB Mac Jones. Definitely a duo worth keeping an eye on. The Patriots play the Jets next and that should bode well for Agholor.

Cedrick had a quiet 3 catches for 24 yards in a pass heavy loss to the Bucs. But Michael Gallup got injured and is not returning in the near future which opens up more volume for Wilson. With Dak Prescott at QB, Wilson has high upside while Gallup is out. Now’s the time to add an offensive Dallas player if you don’t have one already.

Tim Patrick was in on 70% of the Broncos snaps against the NYG. The unfortunate injury to Jerry Jeudy only helps raise the stock of Patrick. He finished with 4 catches for 39 yards and a TD. Patrick had a good year with the Broncos last year and I only see that improving with a better QB in Teddy Bridgewater. KJ Hamler is another Broncos WR to keep an eye on. KJ is more of a boom or bust option, while Patrick seems more reliable on a week-in and week-out basis.

Johnson benefited quite nicely from Jameis Winston’s stellar performance. Even though he only had 3 targets, he caught all of them and 2 of them were in the end zone for touchdowns. Winston seemed to favor his TE’s in Week 1, and Johnson has a huge frame and is a threat in the red zone.

Schultz caught all 6 of his targets for 45 yards in Thursday’s NFL season opener. Like I continue to say, Dak is going to throw a lot and Schultz is my pick for TE1 in this offense, outproducing Blake Jarwin. Gallup’s injury can only benefit Schultz, providing even more targets.

Tyrod Taylor out at least 3 weeks after landing on IR; Davis Mills to start vs. Panthers on Thursday night
Taylor suffered a hamstring injury vs. the Browns in Week 2
(Sep 21 -- CBS Sports)

Jets sign Del Shawn Phillips, waive Sheldrick Redwine
The Jets have signed linebacker Del'Shawn Phillips, the team announced Tuesday. The Jets waived safety Sheldrick Redwine in a corresponding move. The Jets activated Phillips from the practice squad the past two games, and he has 12 tackles this season. He originally signed with the team in March. The Jets cut him out of the [more]
(Sep 21 -- Yahoo Sports)