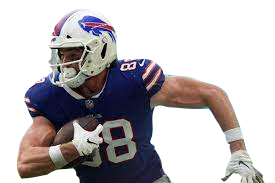 Week 4 is now complete and week 5 starts Thursday with an exciting matchup between the LA Rams and the Seattle Seahawks. Look for a high scoring game that fantasy football owners will have their eyes glued to. But before we get ahead of ourselves, lets dive into the waiver wire. More injuries have occurred per usual giving us plenty of intriguing waiver targets this week. It’s time to go get those available players to help your chances moving forward.

Good luck this week and remember to check back every week to stay informed.

The 3rd overall selection in the 2021 NFL draft out of North Dakota State was Trey Lance who came in for an injured Jimmy Garoppolo this past weekend against the Seattle Seahawks. In just 2 quarters of football, Trey had 157 passing yards, 2 passing TDs, and 41 rushing yards. He has contributed 4 total TDs on 10 completions and 11 rushing attempts this season. With Garoppolo most likely missing a couple of weeks, it’s Trey Lance’s opportunity to show what he can do in a starting role. We already saw what happened to Justin Fields in his first career start, but I believe Lance has a much better supporting cast around him that will give him a good chance at immediate success. Pick up Trey in hopes he can be a dual threat with a high ceiling.

Another week gone, another solid fantasy performance, and another opportunity to get Darnold on your team. Through 4 weeks of football, Darnold leads all NFL players in rushing TDs with 5! He also has thrown for at least 279 yards each week. Sam Darnold has accounted for 10 total TDs with 5 rushing and 5 passing. Darnold will look to continue these encouraging stats as his next 4 opponents are the Eagles, Vikings, Giants, and Falcons who combine for a dismal 4-12 record. The connection between Darnold and DJ Moore has been lethal and Christian McCaffrey will be back sooner than later to give Darnold easy completions and yards. Go get Darnold off waivers, if he is still available, for a solid QB option to start or have as a backup in case your QB gets injured.

Williams has worked his way into fantasy relevance this past weekend when he got the majority of RB touches after David Montgomery left the game with a knee injury. Montgomery did not tear his ACL, but his availability for week 5 is up in the air as of right now so keep your eye on that situation. If Williams gets the start, he will be in line for an RB1 workload against the Raiders. Montgomery could be out several weeks, opening the door for Williams to get a couple of starts before Tarik Cohen gets some touches when he possibly returns week 7.

Perine is another interesting waiver target this week after Joe Mixon left the game with an ankle injury against the Jaguars. The Bengal’s love to feed a healthy Mixon. If Mixon is sidelined for any amount of time, Perine will be RB1 in Cincinnati. This is yet another RB situation to monitor as he is a high-end handcuff. Perine is a very appealing player to get off waivers if Mixon’s injury keeps him out of play.

It seems as though Michael Carter has established himself as the RB1 on the Jets. Yes, the Jets aren’t a team with a lot of fantasy appeal, but they did finally win a game in week 4 and face the Falcons defense in week 5. Carter found the endzone for the first time and will want to continue his momentum. As long as the Jets aren’t being blown out, Carter should get a decent number of touches and be a flex viable option.

The Aaron Rodgers to Randall Cobb connection was on full display on Sunday like it had never left. After being targeted just 5 times through week 3, he was targeted 6 times in Week 2 resulting in 5 receptions for 69 yards and 2 TDs. With Valdes-Scantling on IR, and Davante Adam consistently getting attention from defenses, Cobb can benefit and be a valuable asset to your team as long as he remains consistent.

Welcome back Jamison Crowder. In his first game back for the Jets, Crowder finished the day with 7 receptions on 9 targets for 61 yards and a TD. Zach Wilson targeted him the most out of all pass catchers. Look for Wilson to target Crowder often again when they face the weak Falcons defense in London in week 5. He should be rostered and is a decent PPR flex play.

Darnell Mooney had a breakout game against the Lions. He caught 5 of his 7 targets for 125 yards. Mooney had Justin Fields eyes a lot of the time and the chemistry looked promising. Mooney leads the team in targets, receptions, and receiving yards. I can see a lot of yards and potentially TDs in Mooney’s future, especially when Fields starts. Mooney should be rostered in all leagues.

We all know Cooper Kupp is having an outstanding start to the season for the LA Rams. Other than him, it has been Van Jefferson and Robert Woods fighting for WR2 stats. Woods has 2 more catches than Jefferson, but Jefferson has 54 more yards than Woods. Both WRs have 2 TDs on the season. Woods has been somewhat of a disappointment while Jefferson has been a nice surprise. The difference in ownership is what really sets them apart. Jefferson is worthy of a roster spot.

Knox continued his scoring streak over the weekend. He now has a TD in 3 straight games including 2 in week 4. He leads the team in receiving TDs and has had 4 or more receptions in 3 of 4 games. Doesn’t sound too impressive but this season TE reliability is very low. Look for Knox to continue to get targets in a high scoring pass heavy offense. Josh Allen looked for Knox 4 times while in the red zone in week 4, which is great for any TE, let alone one who might still be available on waivers.

Schultz had another TD in week 4 after scoring twice in Week 3. Dak Prescott hasn’t been throwing nearly as much as he did in week 1, but Schultz still has had 6 receptions in 3 of his 4 games. Dak clearly relies on Schultz and is quickly becoming a top TE on the waiver wire. Schultz plays the Chiefs next followed by the Titans. Both are primetime games and are favorable matchups. Schultz has a good chance to keep impressing fantasy owners.