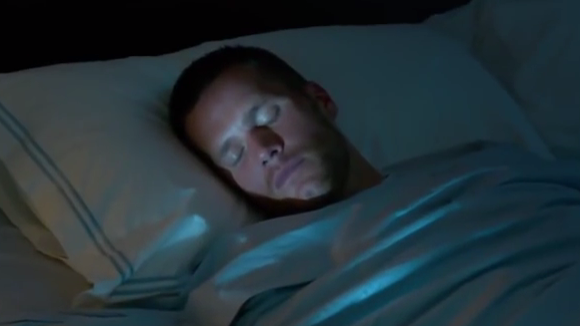 In Daily Fantasy Sports (DFS) there is a concept called ‘stacking’. It originated in baseball, when DFS players would get as many real players from the same team as possible. The thought is that when a team does well, it’s likely because several of its individual players did well. Makes sense. In large DFS tournaments you need to find as much upside as possible, so you look for correlations like these.

The concept then carried over to DFS football. While you typically don’t stack an entire team, it makes sense that if a QB has a good game, it’s likely that one or two of his receivers will have a really good game as well. After all, someone must be on the receiving end of QB points. But there is another, sometimes ignored, scenario… what about when a QB has so many weapons you can’t possibly determine who is going to benefit the most? If the QB has a really strong game, but spreads the ball around, his receivers may end up with a bunch of good, but not great games. When we use a QB without using any of his WRs, we call this taking the QB “naked”. There are other correlations and anti-correlations and contrarian correlations and on and on, but this isn’t a DFS article. So how can we use this concept in our season-long fantasy leagues? Should we use this concept at all?

When you pair a QB with his WR (or multiple WRs) there a few main scenarios:

Because you have multiple players whose points are dependent on one another, you’re susceptible to more variance. You typically either win big, together, or lose big, together. So when does this strategy work best? Or, put another way, when do you need the most variance? Let’s pretend it’s the end of the season, you have a must-win game, and you’re projected to lose to your opponent by ten points. This would be a great time to start a QB and WR from the same team. It’s not always feasible in season-long fantasy leagues, but you get the idea. Similarly, if you’re projected to win by ten points, you may not want to expose your lineup to negative variance and risk having both your players perform poorly. It may be safer for you to not pair your QB and WR.

You don’t get a lot of flexibility to do this during the season, but when you’re drafting you’ve surely thought, or heard someone else say, “I should get WR X because I have his QB already.” Maybe you should, maybe you shouldn’t. What type of players does this make sense with? You don’t want to just blindly pair any WR with his QB, but some WRs have a special relationship with their QB and receive much of his attention. Let’s look at some of those players.

We want to consider players that receive a high percentage of the team’s targets, on a team that passes a lot, and, of course, we want that player to catch a high percentage of his targets. We looked at 40 players (not necessarily WRs) that received at least 20% of their team’s targets. Then, considering target %, catch %, and number of targets we gave each player an overall ‘stackability’ score.

Let’s look at Julian Edelman. He led the league with 37% target share last year, was third in number of targets, but only so-so in catch percentage. Still, that’s good enough for our third most stackable player… last year. This year, I’ll be taking Tom Brady “naked”. You can use this list as a tie-breaker when choosing players or when deciding if you should pair your QB and WR, but keep in mind, this is based off last year. Not a ton of surprises at the top; you see names like Antonio Brown, Julian Edelman, and Mike Evans. You may (or may not) be surprised to see some TEs make the list. Will that continue this year? Perhaps the presence of Christian McCaffrey will mean less targets for Greg Olsen. Perhaps Alex Smith will finally learn to throw to a WR? Perhaps Dak Prescott, in his second year, won’t lean on Witten as much? What about the RBs? Maybe teams will (try to) sell out and stop David Johnson? We don’t see Le’Veon Bell but the combination of Bell and DeAngelo Williams would likely make the list.

I won’t shy away from taking Edelman if the value is right, but I won’t go out of my way to pair him with Brady either. You still have this guy named Rob Gronkowksi, and now you add Dwayne Allen, Brandin Cooks, and about twelve new RBs. That’s enough talent to lead me to believe Brady will spread the ball around more this year. But maybe the presence of more talent will open things up even more for Edelman. We’ll see. That’s why they play the game.

The Secret to Winning Tournaments

You Play to Win the Game

Zero to Hero in One Pick

Kickers and Defenses and Clowns, Oh My!

Backups and Handcuffs – Just Say No!

Not all Fantasy Points are Created Equal